Thatcher’s funeral. Some of the onlookers:

I went to St Paul’s with my sketchbook during the funeral service of Baroness Thatcher yesterday. It was interesting to listen and look at the people there, and what they were saying. A very diverse crowd to say the least. Here are some of them: 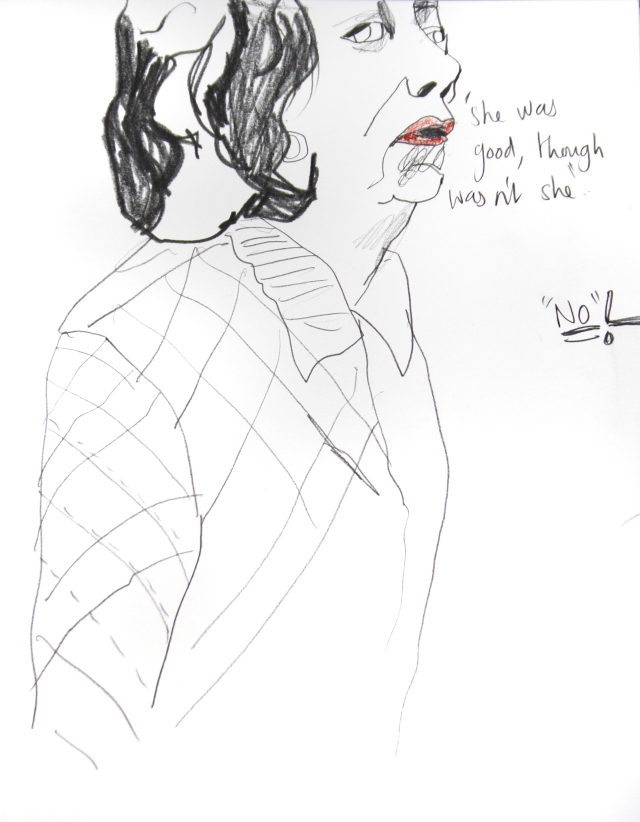 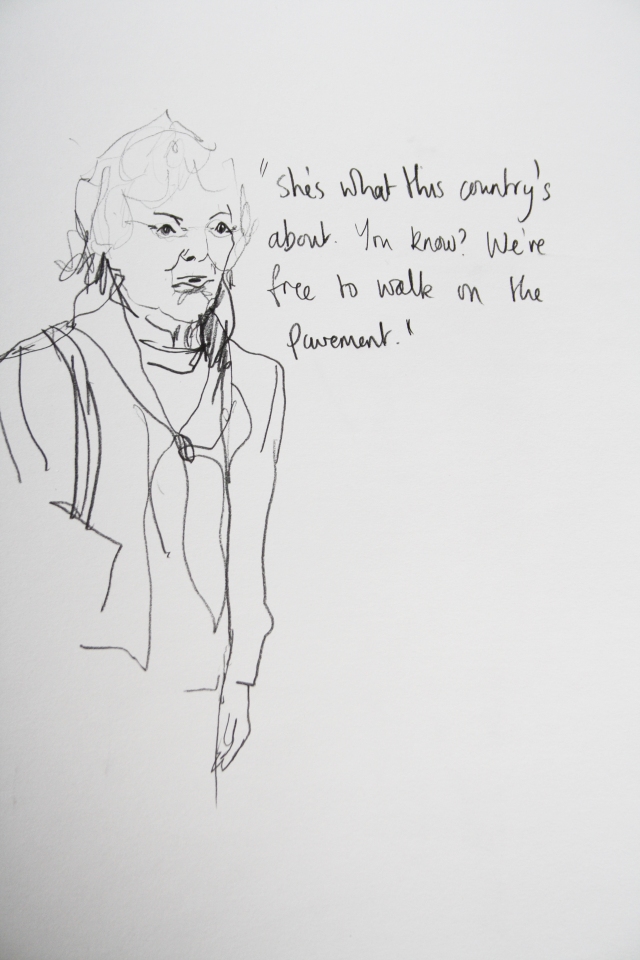 A Man shouting about God and Jesus and SATAN (By the way, we need to be careful, apparently he’s coming). 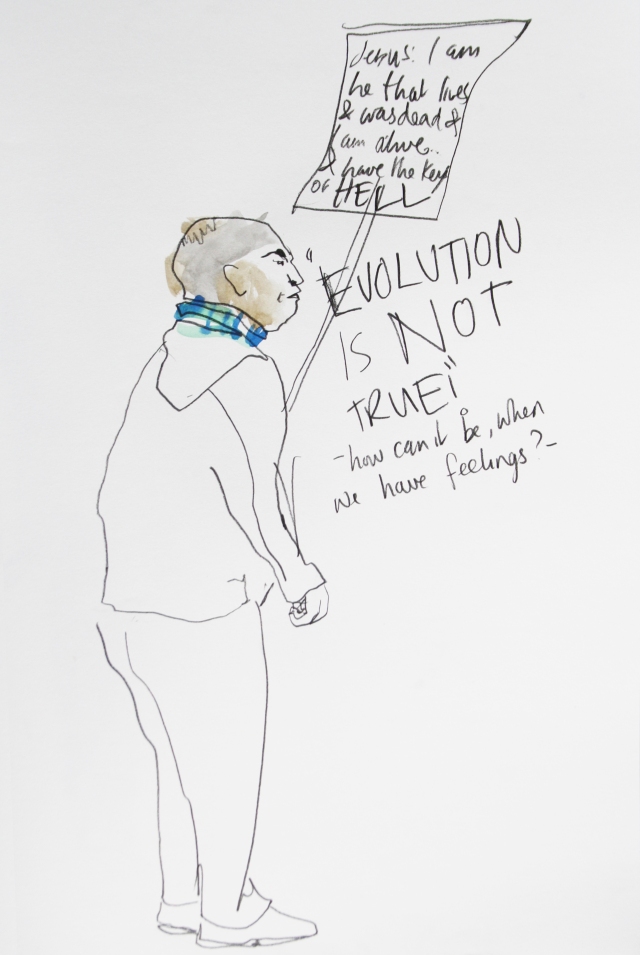 A professional and published London based Illustrator, with a client list including The Guardian, The Independent and AnOther Magazine, Laura set up The Daily Think to showcase her own self initiated work - based on daily life. The things we see, hear and do everyday often from an amusing angle. To make life easier to swallow.
View all posts by Laura Quick →
This entry was posted in opinion and tagged Baroness Thatcher, Conservatives, Funeral, humour, illustration, Jesus, Laura Quick, london, Margaret Thatcher, Margaret Thatcher's funeral, St Paul's Cathedral. Bookmark the permalink.